Congratulations to all the artists who exhibited for – Kinship and the Politics of Healthcare at Puerta’s Gallery. Thought-provoking artwork and great conversations made the show an amazing success. We opened on Third Friday and closed on First Friday. 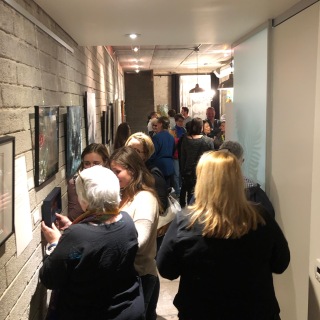 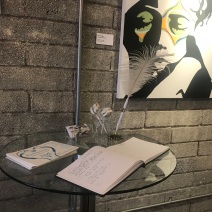 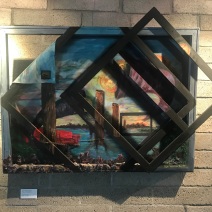 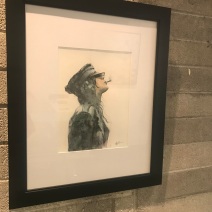 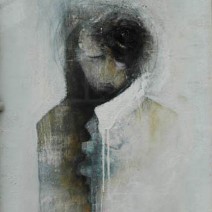 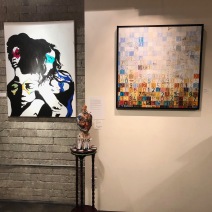 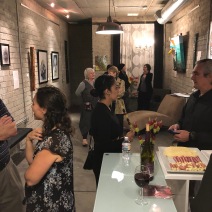 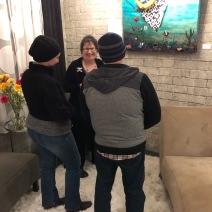 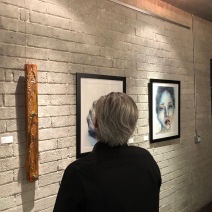 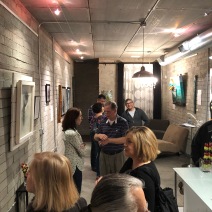 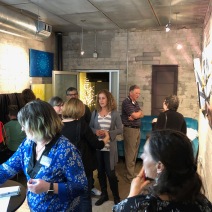 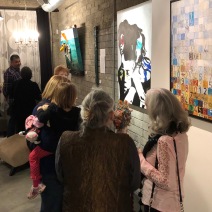 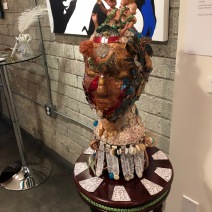 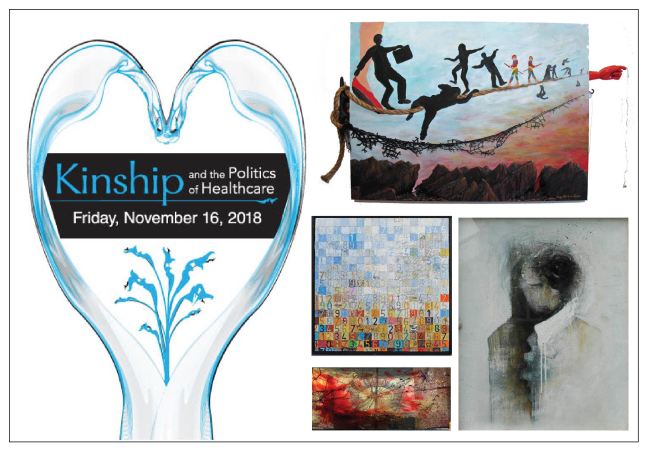 Interesting debate. Is it art?

It’s been called “horrible art,” a blurry portrait with a subject whose eyes are comparable to those of Frosty the Snowman — but that didn’t stop “The Portrait of Edmond Belamy” from fetching 43 times its expected price at Christie’s auction house when it went on the block last week.

The controversial canvas, which sold for $432,500, is believed to be the first auctioned work of art created using artificial intelligence. Read the full story HERE.

Yes! We need to be more creative and interesting in our messaging.

Residents of Pearl, Mississippi, were surprised to see a “Make America Great Again” billboard appear on a roadside in November 2016. The slogan may have been familiar in the staunchly Republican city, but on this occasion it was printed in block letters over an iconic photograph from the civil rights era.
The original image (“Two Minute Warning” by photographer Spider Martin) shows the standoff between policemen and black protestors — including the civil rights leaders John Lewis and Hosea Williams — during the 1965 Selma to Montgomery March. Moments after it was taken, a number of the demonstrators were brutally beaten by police.
The controversial billboard was the work of For Freedoms, an organization using art to promote democratic participation.
Read the full story HERE.

No matter what the medium or outlet – we live in a democracy and need to speak up in whatever voice we have. Most importantly, we all need to vote. This is a great article about the history of art and resistance.

Trump’s MAGA, Obama’s ‘Hope’ and the power of political and protest art

It’s no secret. America is mad — or much of it seems to be — roiled by political and cultural division, indifference to decorum and a sense that, surely, things have never been this bad.

Bonnie Siegler felt it, and she did something about it.

An accomplished graphic artist from Westport, Conn., with a strong liberal bent, Siegler was shaken by the outcome of the 2016 presidential election and what she thought it portended. She looked for precedent and how others in history had dealt with their anger and frustration — in truth, she says, she was looking for some kind of solace — and found something that resonated both personally and professionally: more than 250 years of political and protest art.